Window boxes.  There’s just something about window boxes that make me smile.  They adorn a house with chlorophyll and blooms and are the essence of charming.  Our new home has window boxes.  In Georgia you can plant pansies in winter…growing up in Ohio, and living in Michigan and New York as an adult, I still think it’s so amazing that this is possible.  I couldn’t wait to plant pansies in the boxes a few months ago.  I talked about it for days.  We planned a day around going to get some flowers.  It was a chilly, rainy day and an imminent cold snap led to the decision to delay planting the flowers.  Then the day came when I scheduled in some time to plant the pansies with the kids.  Window boxes + pansies = charmed, happy me.

The flowers greet me each time I pull into the driveway.  So charming.  I watered them.  Twice.  My husband asked me the other day, “Have you watered the flowers?”  “No, I haven’t.”  He responded, “Why haven’t you been watering them?”  I replied, “Well, its just not at the top of my list.  I am not that worried about it.  Most of them are doing fine.  I don’t have time to be bothered with watering them.”  He said, “It was important enough to go buy them and plant them, I would think you would go ahead and water them.”  Well.  He.  Had.  A.  Point.  And the point keeps resurfacing in my mind.  There’s some dissonance here.  What happened to my fascination with charming?  Isn’t it worth a little watering?

Dissonance has sense surfaced in other areas.  The parenting program I purchased yet which remains unwatched (as I worked on this I got an email that reminded me of my password for the program because its been so long since I logged in).  I like the idea of being creative and I have most of the implements to accomplish creativity and yet the sewing machine remains in the basement (or is it in the attic?).  I have books about marriage that sit collecting dust and yet I get frustrated when it seems we are living on different planets.  I have oodles of blank notebooks just waiting to be written in and yet they remain hungry for story.  Owning the marriage books or paying for the parenting program means nothing if it ends there.  But so often it seems that’s where the end comes.

So what is the next step?  What does watering the seed of inspiration look like?  It seems my motivation fizzles out once the first couple of steps are accomplished.    How do I cultivate a passion for follow through?  How do I avoid dissonance and instead compose a happy melody that ends on the high note of seeing a project through?

I don’t know.  But I do know I have to figure this out.  I think setting some solid, well-thought out goals with detailed steps is a good place to start.  It seems lame that I need to do this in order to tend to the window boxes but it is what it is.  I think that growing means recognizing what you stink at in order to actually make a change.  I am calling out my lack of follow-through. It is time to grow in this area.  I am off to work on the frame project I started a couple months ago.  I think that it doesn’t matter when I began the project.  What matters is that I finish it.

What about you?  What needs watering in your life? 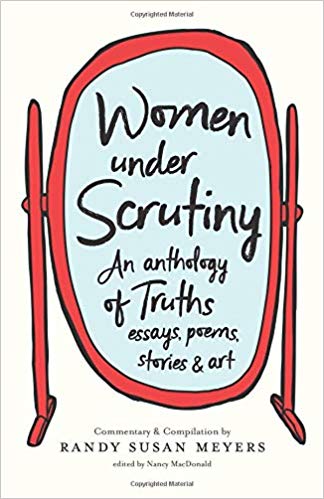